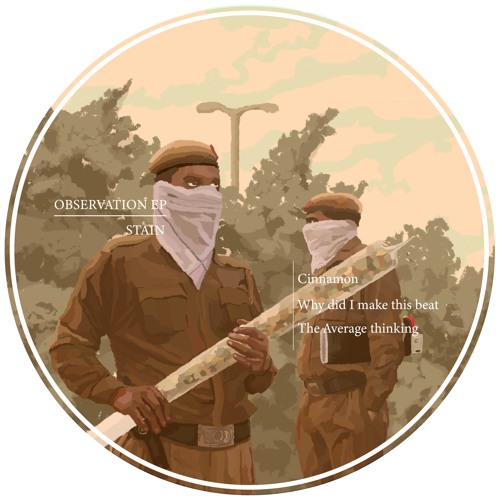 One of New Delhi’s most exciting bass music talents, rising producer Stain has been steadily switching gears as he continues to make his ascent towards the top of the league. Having quickly built a respectable repertoire which draws influences from the sounds of dub, drum n’ bass, dubstep and jungle, the Sub-Z co-founder has now returned to action with the release of his 3-track ‘Observation叉叉电竞官网,炉石竞猜,电子竞技比赛‘ EP.

Led by the ruthless cut, ‘Cinnamon‘ whose heavy punches of sub-bass introduce listeners to Stain’s sonic realm of 140-flavored sounds, ‘Why Did I Make This Beat‘ certainly stands out with its incredible percussive programming as this catchy stomper goes on to shine the light on Sourodeep’s creative capabilities. With the EP’s final tune ‘The Average Thinking‘, he steers listeners into a trip through the dark alleys while simultaneously letting them succumb to the unknown as Stain comes back to deliver one final punch which offers a more rigorous approach to his relentless 140-heavy business.

What proves to be a mighty impressive outing for the man himself, make sure to keep an eye out for Stain and listen to his ‘Observation‘ EP below.