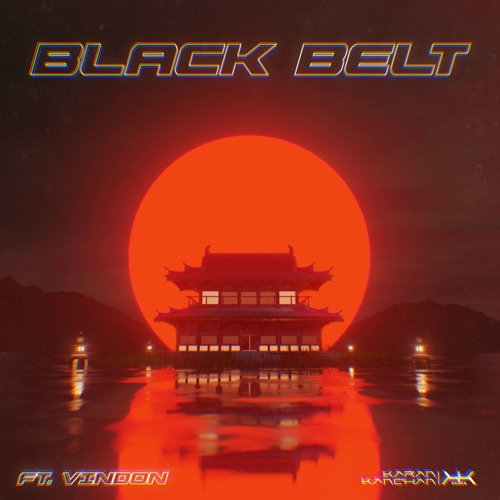 Mumbai-based producer Karan Kanchan has steadily stepped up the ranks to be recognised as one of the most exciting young producers to come out of the country in recent times. And while his last solo release may have come ten months ago in the form of ‘‘, the J-trap heavyweight has gone on to collaborate with the likes of DIVINE, Naezy amongst others since then. On his latest outing, Karan Kanchan returns to his bass-influenced roots for ‘Black Belt‘, a long-awaited follow up to his 2017-released hit, ‘Dojo‘.

Renowned for his unique sonic imprint which continues to solidify its position with each release, his latest cut goes on to orchestrate total chaos with absolute precision as Karan fine-tunes his production chops to unleash a healthy dose of bass-heavy explosions. Accompanied by Jamaican artist VinDon‘s hype-inducing guest verse which catches listeners off guard during the commencement of the second half of ‘Black Belt‘, its ominous interlude leads the way towards the onset of a high-energy break that is poised wreck some necks.

Originally unveiled as an audio-visual project in collaboration with Rugved Pawar, you can watch the visuals on .