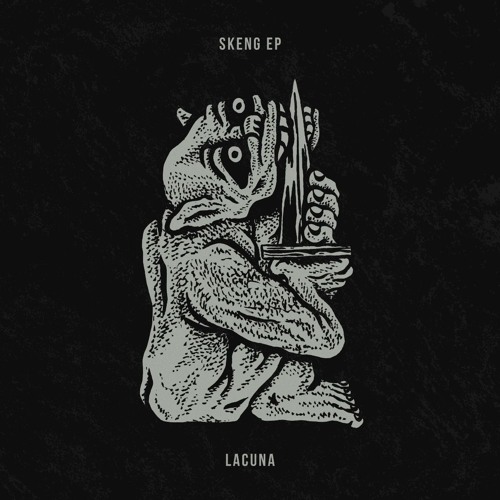 Hailing from Chandigarh, seasoned beatmaker Lacuna has steadily managed to weaponize his unmatched production talent into a sonic assault of unpredictable sound design experiments. And with his fourth release which was finally unveiled by the man himself earlier this week, Mihir Raina shares one of his most intense offerings till date in the form of ‘Skeng叉叉电竞官网,炉石竞猜,电子竞技比赛‘ EP. A ruthless, multi-sensory attack orchestrated by Lacuna over four cuts, his latest body of work feels concise and heavily armed.

Although Lacuna may have remained a little quiet on the production front in recent months, he tells me, “I’ve been making more music than ever since the last release and in many of the gigs I’ve played since then, I threw down original sets, consciously trying to create and put new music in the list every time. The creative process has never really stopped and I’m always trying to improve and perfect my craft.”

Tapping into the nerves of experimental bass music, ‘Skeng‘ equips itself with influences from halftime, trap, and hip-hop as the storm waiting to be unleashed finally hits shores with ‘The Last Straw‘. Playing around with a lot of different sonic moods and energy levels, a darker reality sets into place before picking up considerable pace with the arrival of ‘Sudden Death‘. “I love making beats in cab rides“, he exclaims as the Mumbai-based act goes on to shed some light on the musical direction behind his newest project.

“I was just making music everyday. I started getting into this new wave of modern bass music, and was inspired to create stuff by borrowing aesthetics from all these new artists and labels I was listening to. I made beats all the time, at home, in cabs, while traveling, sometimes just sound design drafts and sometimes loops or beats. The process was more like feeling a vibe and instantly working on it as I always keep my laptop around.”

On the EP’s penultimate cut ‘Powerplant‘, chaos seeps in as he throws some bone-shattering punches while a sense of emergency fills up the room. Further bolstered by its brute force, Lacuna doubles down on the proceedings with ‘Frog Splash‘ whose gnashing soundscapes drive down listeners towards the deep end one final time to complete the decimation of any life form. Explaining the process behind the creation of his long-awaited release, Mihir tells us:

叉叉电竞官网,炉石竞猜,电子竞技比赛“I have been working on this heavy bass sound since before 2 years back. The process has been simple, making music everyday and constantly trying to learn new things and listening to new music. I’d play unreleased music at gigs and test out tracks on sound systems in clubs, which would give me a fair idea of what sounds good and what needs work. So around 3 months back I shortlisted some ideas that I really liked, finished them into tracks and cut short the project to 4 tracks for an EP.”

With ‘Skeng叉叉电竞官网,炉石竞猜,电子竞技比赛‘, Lacuna goes on to deliver one of his most impactful works till date which deconstructs sounds from across genres only to be molded back together for a singular bold statement to be made. Although each track holds the capability to hammer your senses, there’s an experimental edge to each cut which enables it to play out as more of an auditory experience at the same time.

“There’s sound design, songwriting and a lot of intricacies at play which sort of makes the listening experience pretty powerful & wholesome. Also, I think I was unintentionally feeding off from the industrial, chaotic vibe of Delhi, and by mixing it up with cerebral sonic textures, it kind of laid out the mood of this EP. It is heavy and chaotic but I’ve always tried to keep a meditative undertone in my music“, Lacuna adds as he dives further into the inner workings of the EP itself.

And while his newest release might just be a few days old, he already has “a lot of new music and a lot of collaborations” in the pipeline. “I’ve been reaching out to musicians that I dig and working on fresh sounds with them as opposed to working alone all the time. It’s real exciting man, and you should expect a lot of new music soon.”

Listen to ‘Skeng‘ by Lacuna below.